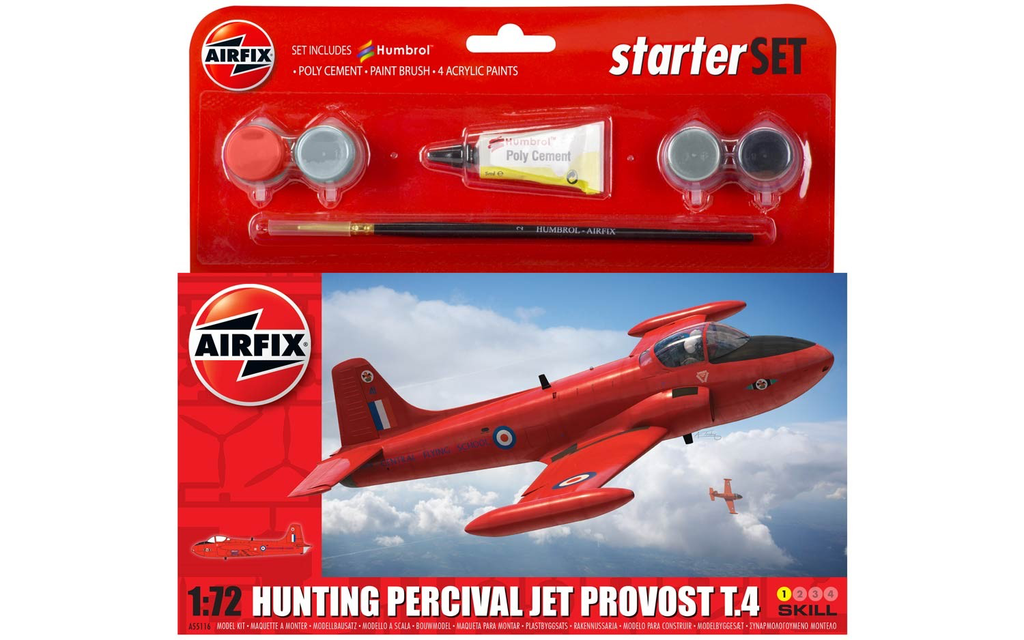 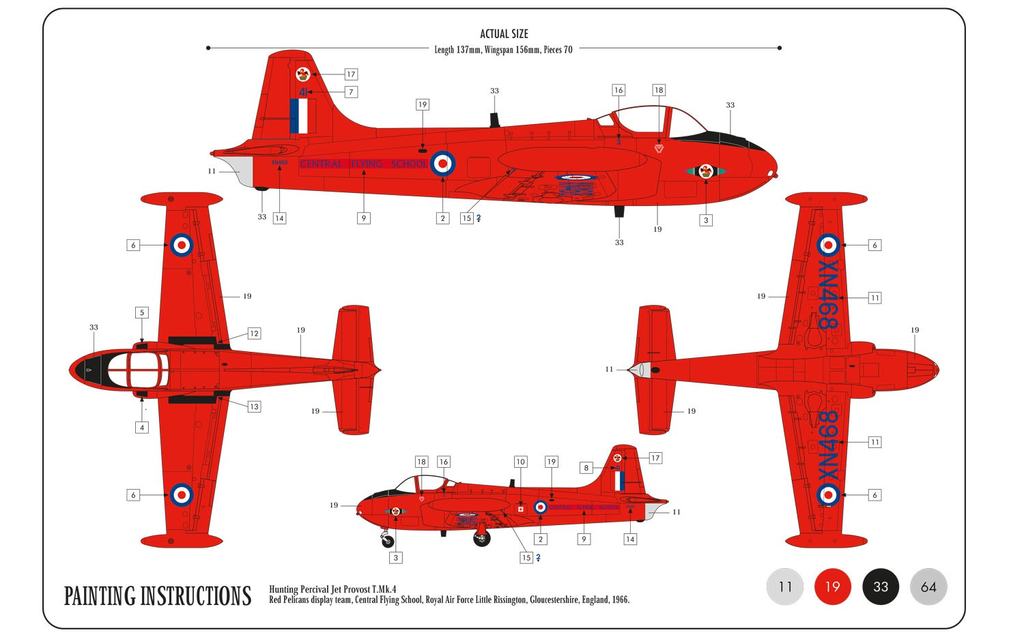 Airfix Hunting Percival Jet Provost T.4 Starter Set 1:72. The Jet Provost was introduced in the late 1950s and quickly became the RAF’s premier jet basic trainer. The T3 model, introduced in 1959, featured an uprated engine and an improved canopy design, offering the side by side seated pilot and pupil a much improved view. The Provost was a joy to fly, forgiving and easy to learn on, with many of the 1960s and 70s RAF front line pilots learning their trade on its un-swept wings. Its reliability and strength also added to its suitability as a jet trainer and the addition of wing tip tanks on the T3 also added to its endurance. The T.4 model introduced another upgrade to the engine but was otherwise unchanged from the T.3. Specification: Max speed: 440 mph Range: 901 miles Wingspan: 35 ft 4in Length: 33ft 7.5 in