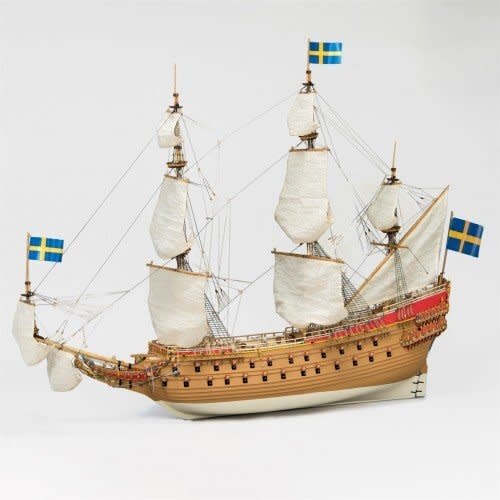 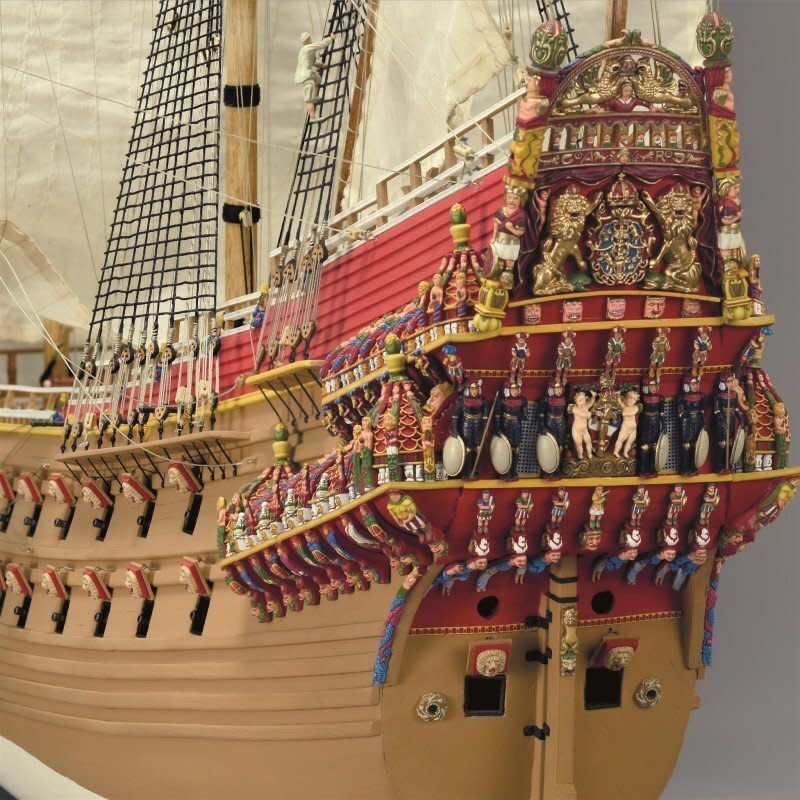 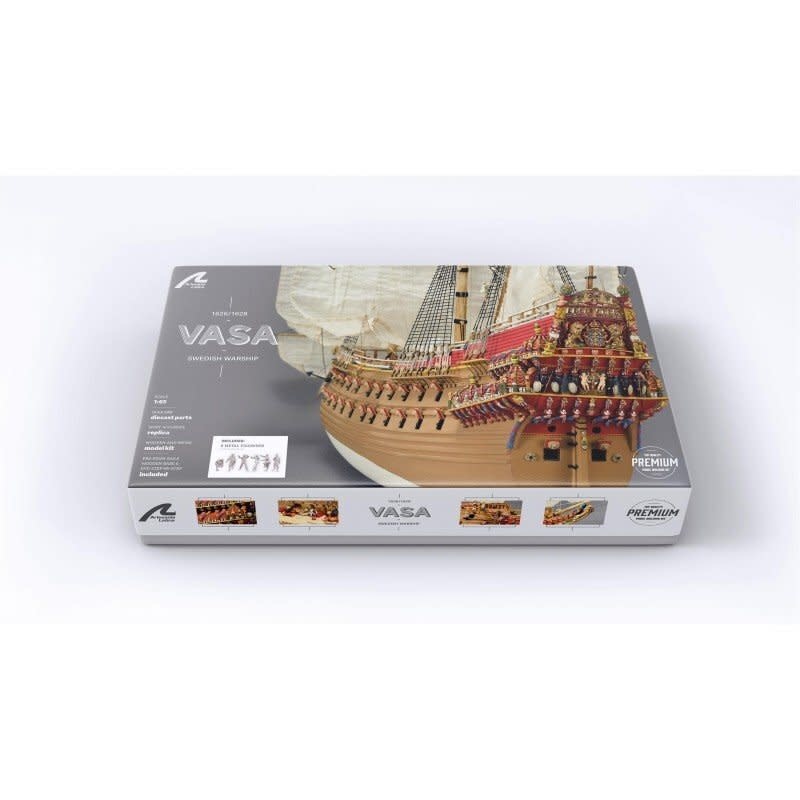 The ship called Vasa is part of the Swedish, European and world naval history positively and negatively. This warship of 64 bronze cannons was launched in 1628 (17th century), once its construction was finished with more than a thousand cut oaks, ordered by King Gustavo II to fight in the Thirty Years' War.

The anecdote of the Vasa is that it sank to the kilometer of sailing in the Stockholm's port, being the flagship of the Swedish empire.

It was the most powerful ship of the time in terms of power, not exceeded until a century and a half later by the USS Constitution, one of the first American frigates. The Vasa ship sailed with 1,200 tons of weight and its sail area was 1,150 m2 (80 tons).

One of the strongest points of this sailboat is its great level of detail, especially reflected in the many sculptures at the stern of the ship, divided into five parts: the lions with the shield, the human faces with emotions, the group of the king , the angels and the servants, and the mermaids or sea creatures. He had 700 more sculptures than he currently has, representing with striking colors heroes of the Bible, Roman emperors and Greek gods.

Vasa ship was rescued, after three hundred years in the depths, in 1961, and it was turned into a museum ship, being able to be visited since then in the island of Djurgarden of Stockholm (Sweden).

The ship modeling kit of the Swedish boat Vasa1/65 contains one of the most detailed replicas of the history on the market, especially thanks to the large number of carvings carved on its stern, not forgetting some in the bow. Of course, the Vasa ship model includes a large set of decoration pieces in die-cast and photogravure, which gives the ship a spectacular beauty.

The expert modeler, to whom this scale model is aimed, will also find premium quality wood parts, hand-sewn sails ready to be placed and ...Two bonus included as a gift! A base in wood with a nominative metal plate and six figurines that will give this naval jewel even more realism.

Once the model is built, it has the following dimensions: Length 42'' x Height 34'' x Width 15''. It brings a DVD with clarifying step-by-step photographic instructions in nine different languages, facilitating its assembly.