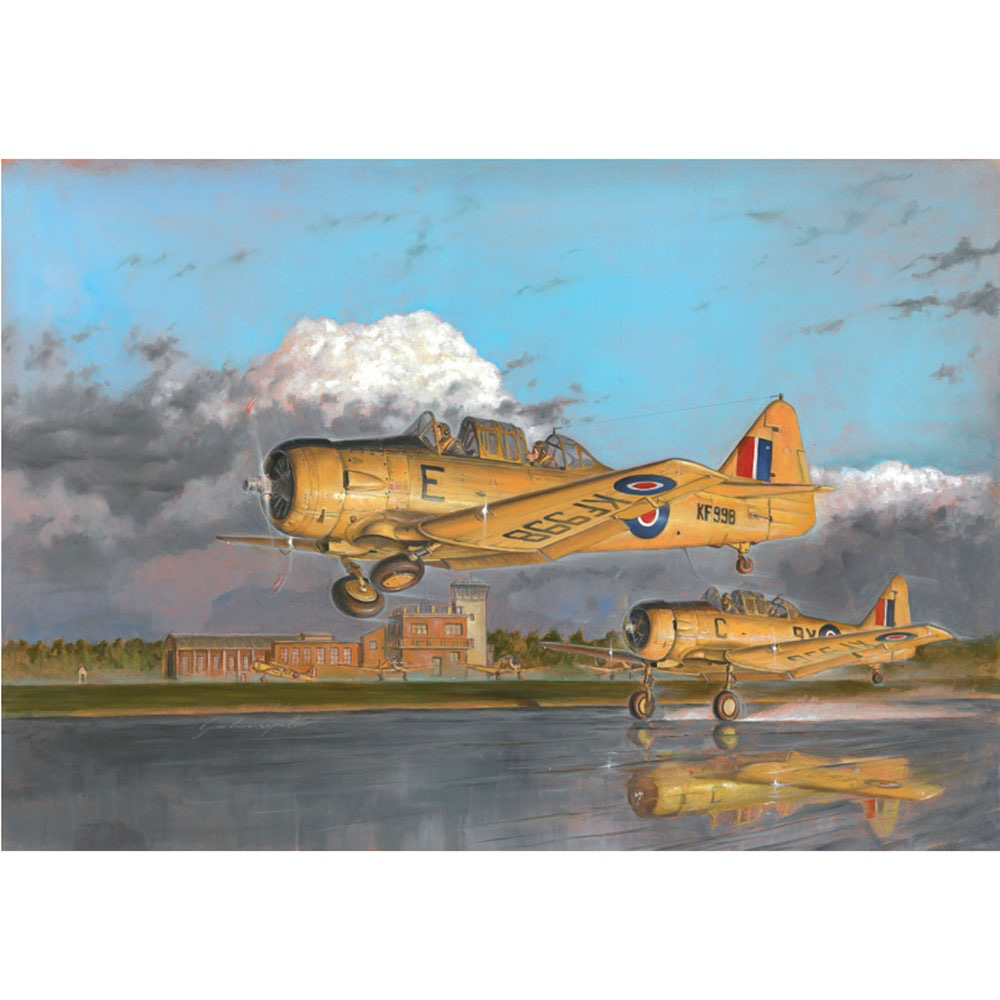 ITALERI Harvard MK.IIA 1:48. SUPER DECALS SHEET Harvard is the name assigned to the North American T-6 Texan aircraft utilised by the Air Force in the British Commonwealth. It was also produced under license in Canada. The Harvard was a low-wing single engine advanced trainer aircraft used to train pilots and make them ready for combat. Thanks to its Pratt & Whitney R-1340 Wasp 600 hp radial engine, it was able to reach the speed of 335 km / h. The project was developed in the mid-â€™30s and it became one of the most popular trainer aircraft in aviation history by contributing to the training of a large number of military pilots. Outside of the United States, the British RAF was the most prominent user. However, by the end of World War II, the Harvard had an impressive spread and was used by the air forces of several Countries including Canada, Italy, Belgium and Netherlands . In some conflicts it was also used for air strike and close support operations. Skill: 2 Model Dim.: 18,4 cm Box Dim.: 345 x 242 x 48 mm