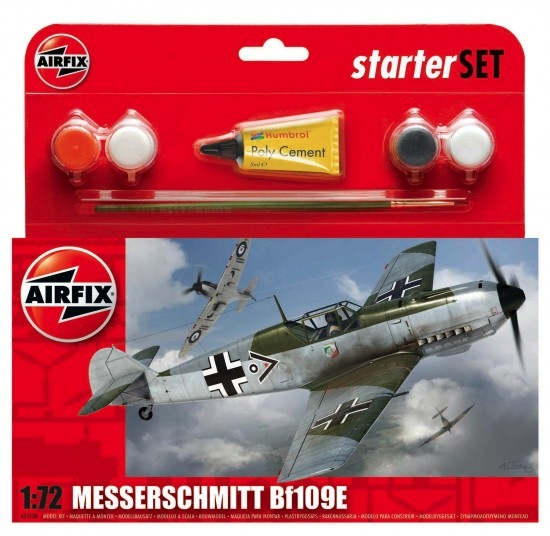 Airfix Messerschmitt Bf109E-3 Starter Set 1:72. The prototype Bf109A first flew in 1935. The later E model was more powerful and better armed and by the summer of 1940 over 500 were in service for the offensive against Great Britain. By this time, the 109E had already proved to be a competent fighter aircraft in the skies above Poland, France and the low countries. It met its match over England and was shown to be inferior to the RAFs Spitfire. Paint Scheme - Messerschmitt Bf109E-3, aircraft flown by Obit. Werner Pichon-Kalau von Hofe, III./JG 51, France, 1940 Airfix Starter Sets are ideal for beginners. Each Small Starter Set includes glue, brush and four acrylic paints - all that is needed to complete a fabulous first kit!