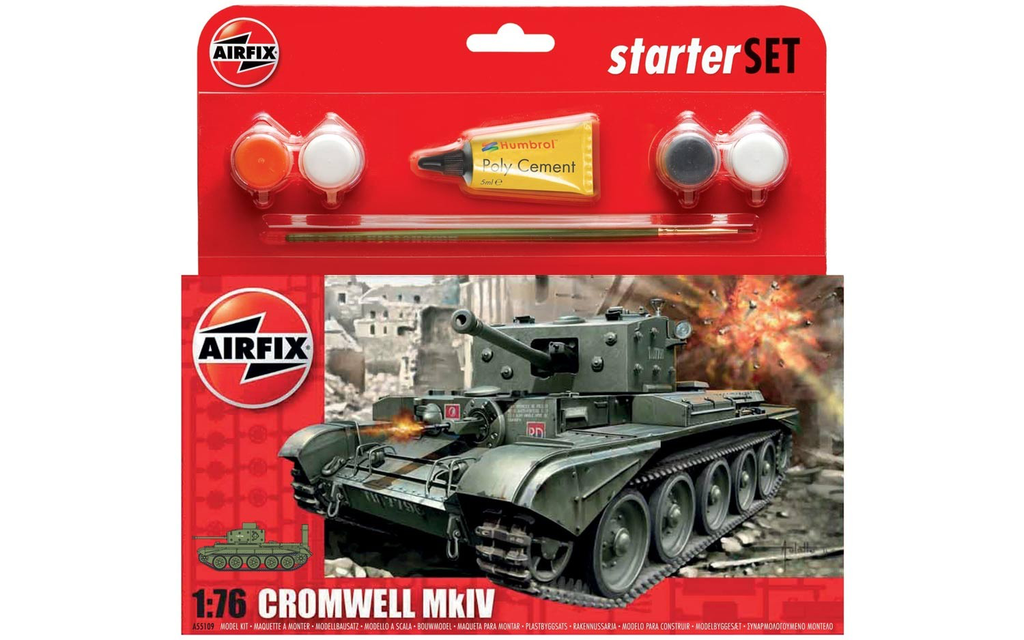 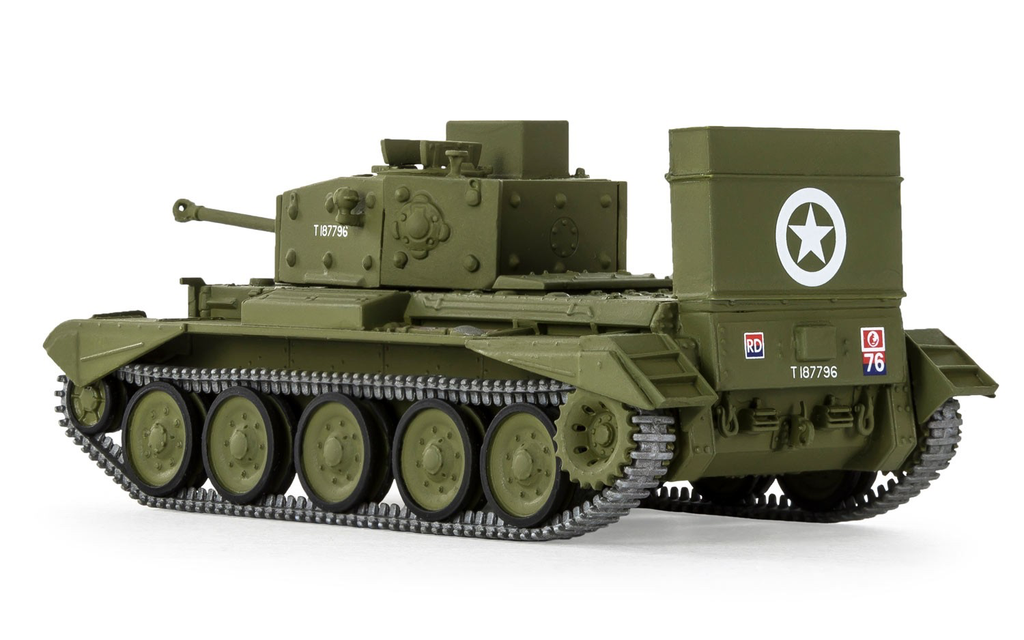 The Cromwell, officially named Cruiser Tank MkVIII, was one of the most successful British tanks of the Second World War. Named after the English Civil War leader, Oliver Cromwell, the tank proved to be an adept and rugged fighting machine and served until the end of the War. While out-gunned and out-armoured by German tanks, the Cromwell managed to hold its own through better manoeuvrability, due to its relatively small size, and reliability in combat, something sorely lacking in German armour.Paint Scheme - Cromwell MkIV, 5th Royal Horse Artillery, 7th Armoured Division, British Army, Europe, 1944/45Airfix Starter Sets are ideal for beginners. Each Small Starter Set includes glue, brush and four acrylic paints - all that is needed to complete a fabulous first kit! Scale: 1:76Number of Parts: 91Age Suitability: 8+